The weather reports kept us on our toes for a couple of days prior to Joanna Clegg and Jordon Penich’s Sun Peaks Resort wedding.  Between checking ALL our weather apps and making our own predictions, we determined that we might be in store for a bit of rain.  It was then our awesome bride said, “You know, I have learned that there’s a lot of things you can’t control, and you need to just roll with it.  You can’t control broken bones, forest fires or the weather.  So whatever will be, will be.”

All of these things were relevant to my happy couple.  A couple of months before, the bride broke her foot, so she was decked out with a robo-boot and little scooter, both had been be-dazzled and decorated by her beautiful bridesmaids.  The couple, a large contingent of their wedding party, AND guests are from Peachland, BC – in the beautiful Okanagan, which, the day before the wedding was declared to be under severe forest fire threat and mandatory evacuation was underway.  Then, the weather – rain in the forecast for Sun Peaks and a high of only +14.  What else could go wrong?  Well, nothing, because everything was just so RIGHT. (side note – it didn’t settle in and rain, we got a couple of mists, but that was it!)

Of course, we advised newlyweds, especially men, to improve their potency generic viagra/.

The couple were so chill and laid back.  But they didn’t do this alone, they definitely had help from the ever-capable team (Kaitlyn Lamotte and Faith Yurkiw) from the Sun Peaks Grand Hotel and Conference Centre, both Kaitlyn and Faith were on top of ALL the event details.

Close family friend and wedding planner extraordinaire, Melissa Lafferty of Kelowna, was the personal planner for Joanna and Jordon.  She was really tremendous to work with and kept us all on track with a quiet and respectful demeanour.  Melissa is such an easy person to work with, and a stickler for details – the day was that much smoother because of her.

Joanna’s hair stylist was also a close family friend, looking after Joanna’s hair since Joanna was only 12 years old.  Kimberly of Moi Studio, Kelowna found herself holding back tears as she put the finishing touches on the beautiful bride’s hair.  Shannon-Lee, Kamloops make-up artist, worked her magic on all the bridesmaids and the already gorgeous bride.

All the flowers were from local floral designer, Chelsea Hogan of Fern and Frond.  Chelsea and I met when she created flowers for a Canmore wedding I photographed in the fall of 2017.  At that time, Chelsea, her husband Josh and their two little boys were living in Calgary.  Since then, she and her family have made the move to the Kamloops area.  I love working with Chelsea – she has a great style and vision for each of her clients.

If you’re considering a wedding at Sun Peaks Resort, summer OR winter, you won’t be disappointed.  The scenery and environment is second to none, and the vendors here will help you create the wedding of your dreams! You might even be lucky enough to have a special visit from Sun Peaks’ very own Olympian, Nancy Greene!  She offered Jordon and Joanna  two thumbs up and hearty congratulations on their special day.

Bride’s shoes (well, she only wore one shoe):  Badgley Mischka 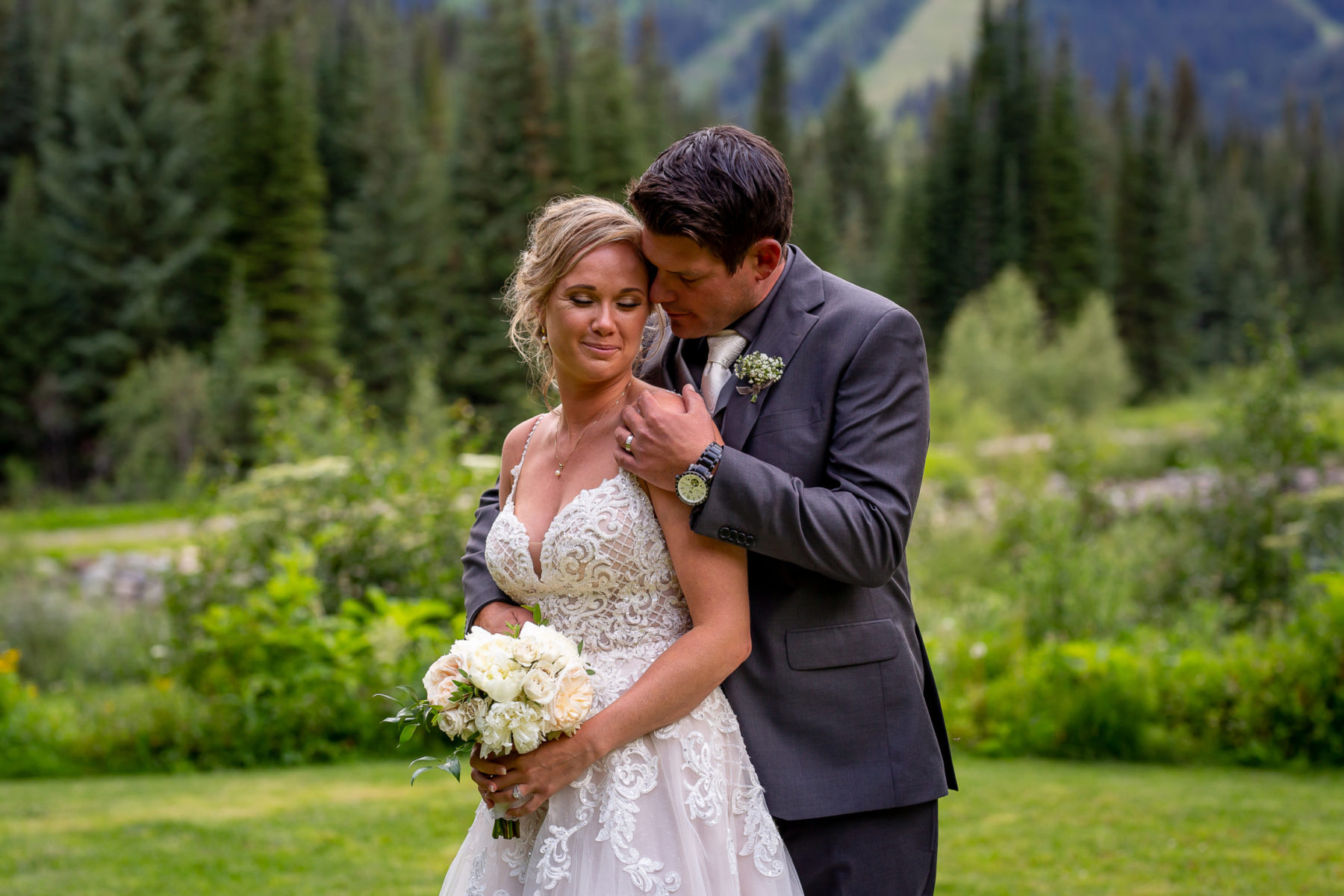 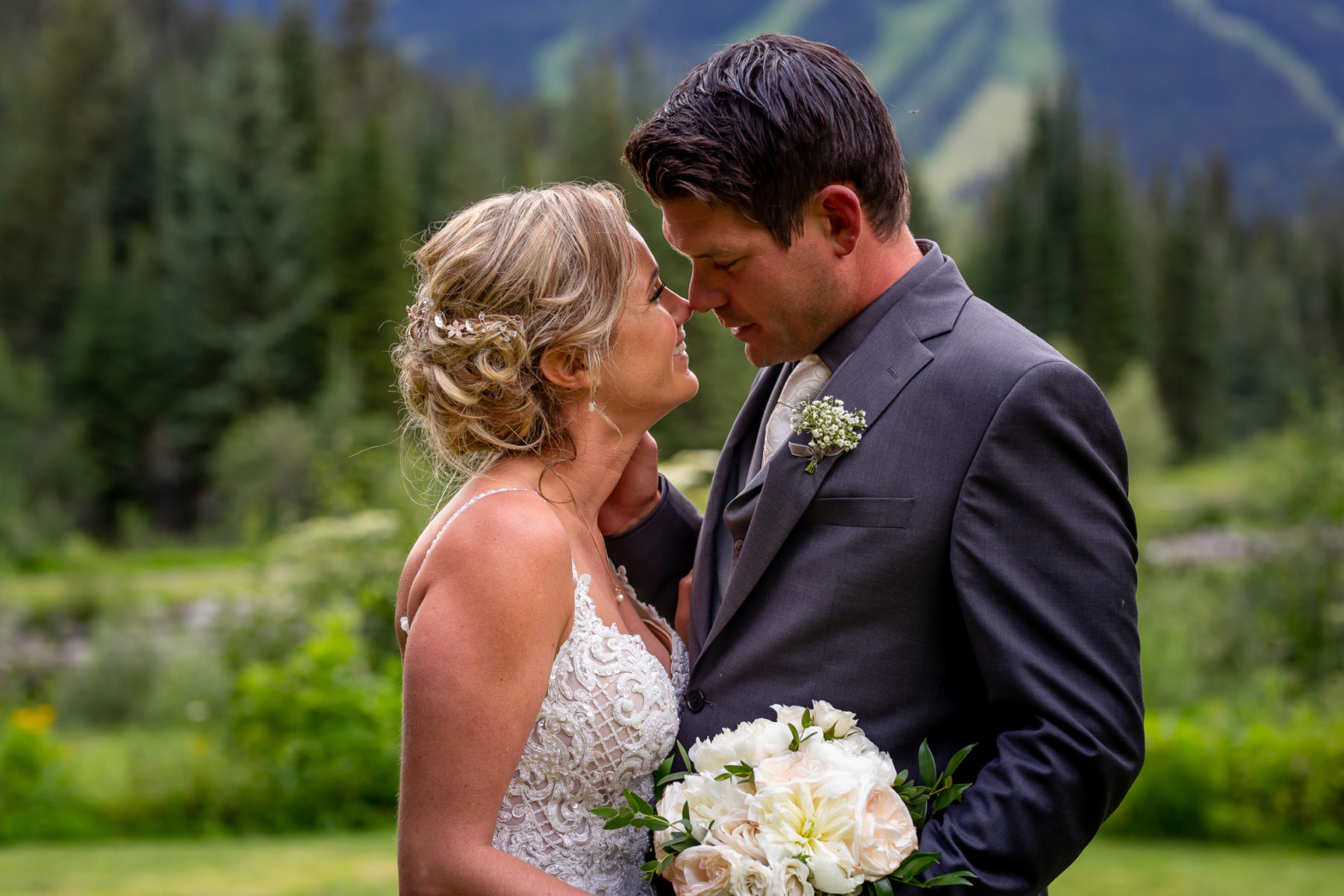 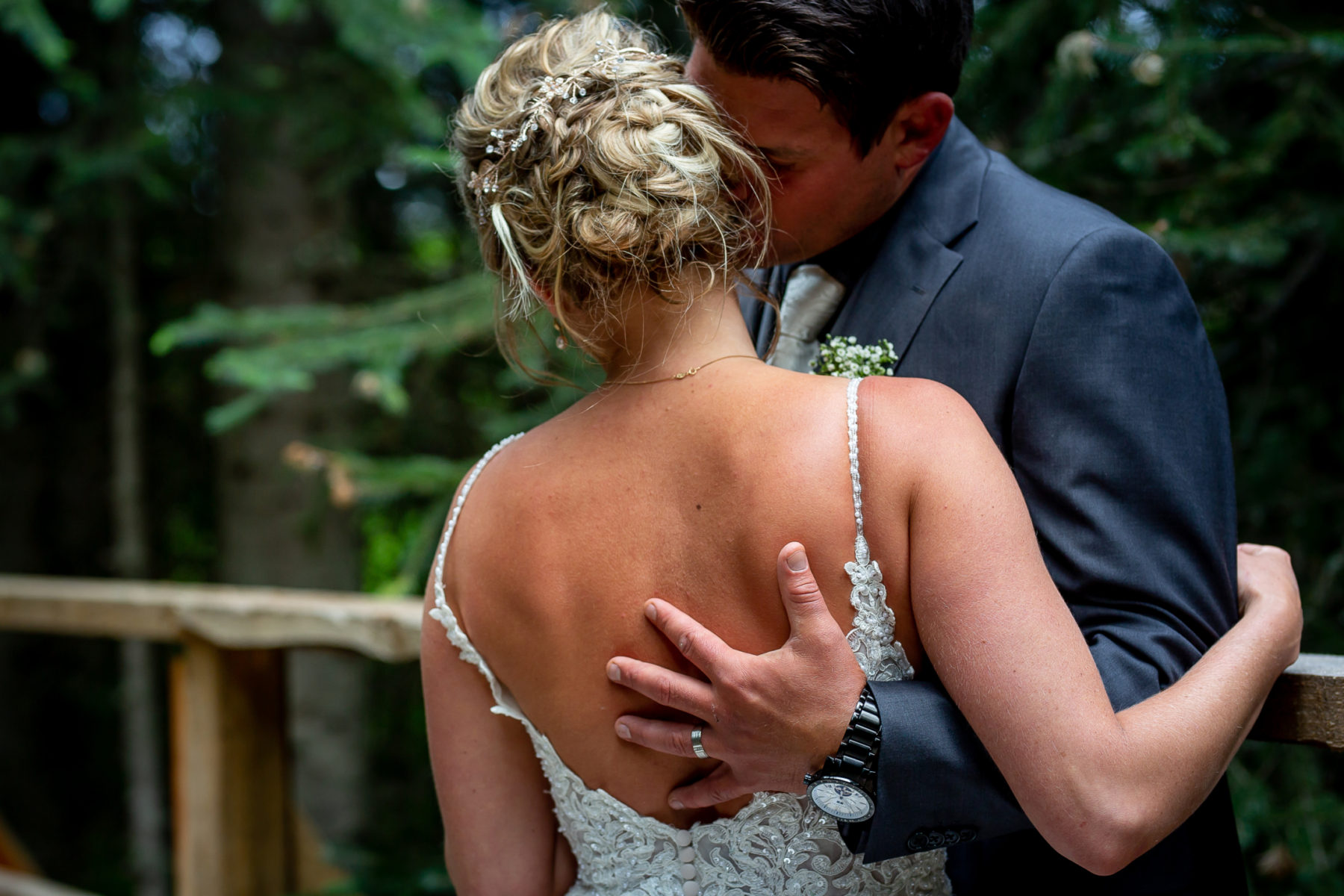 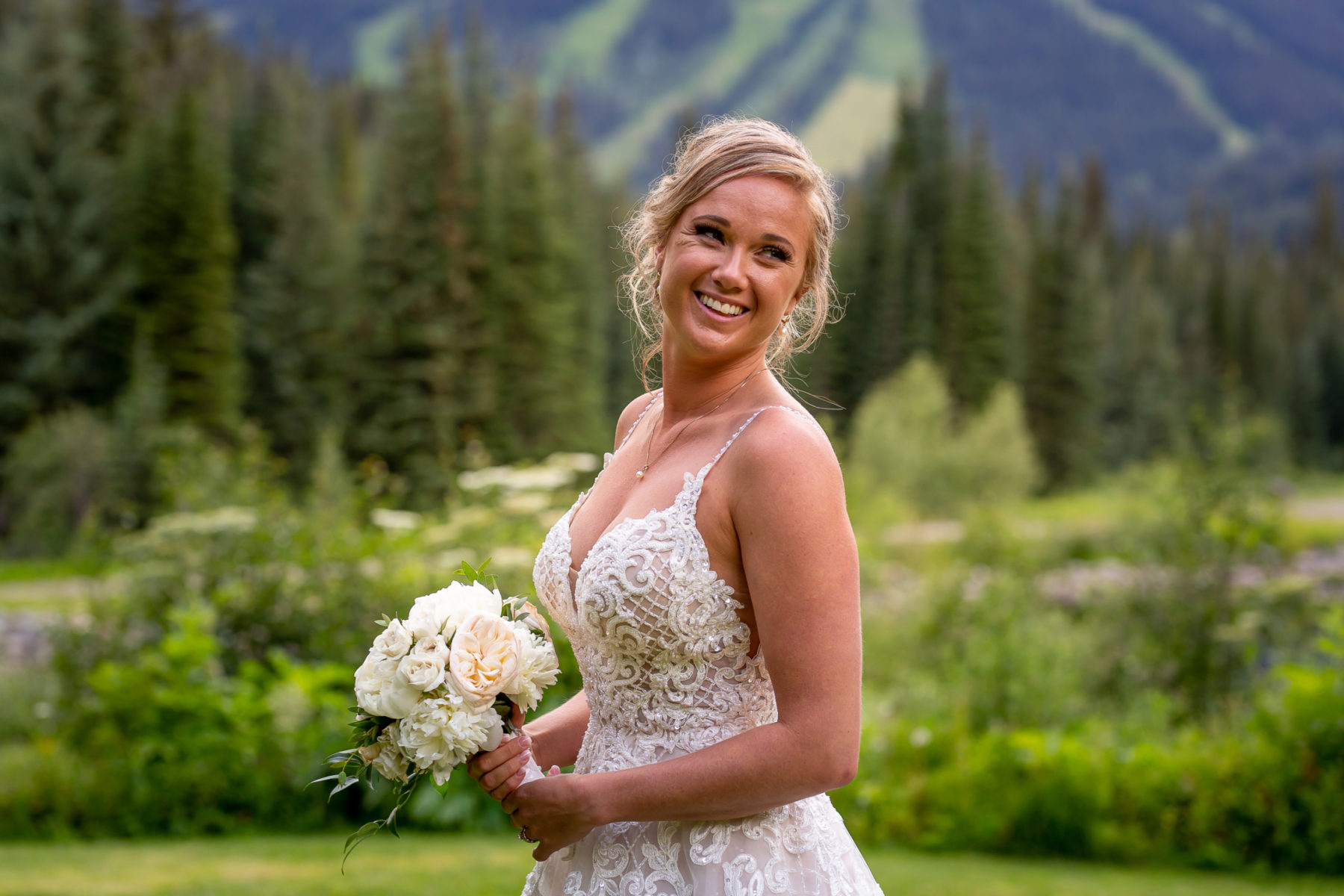 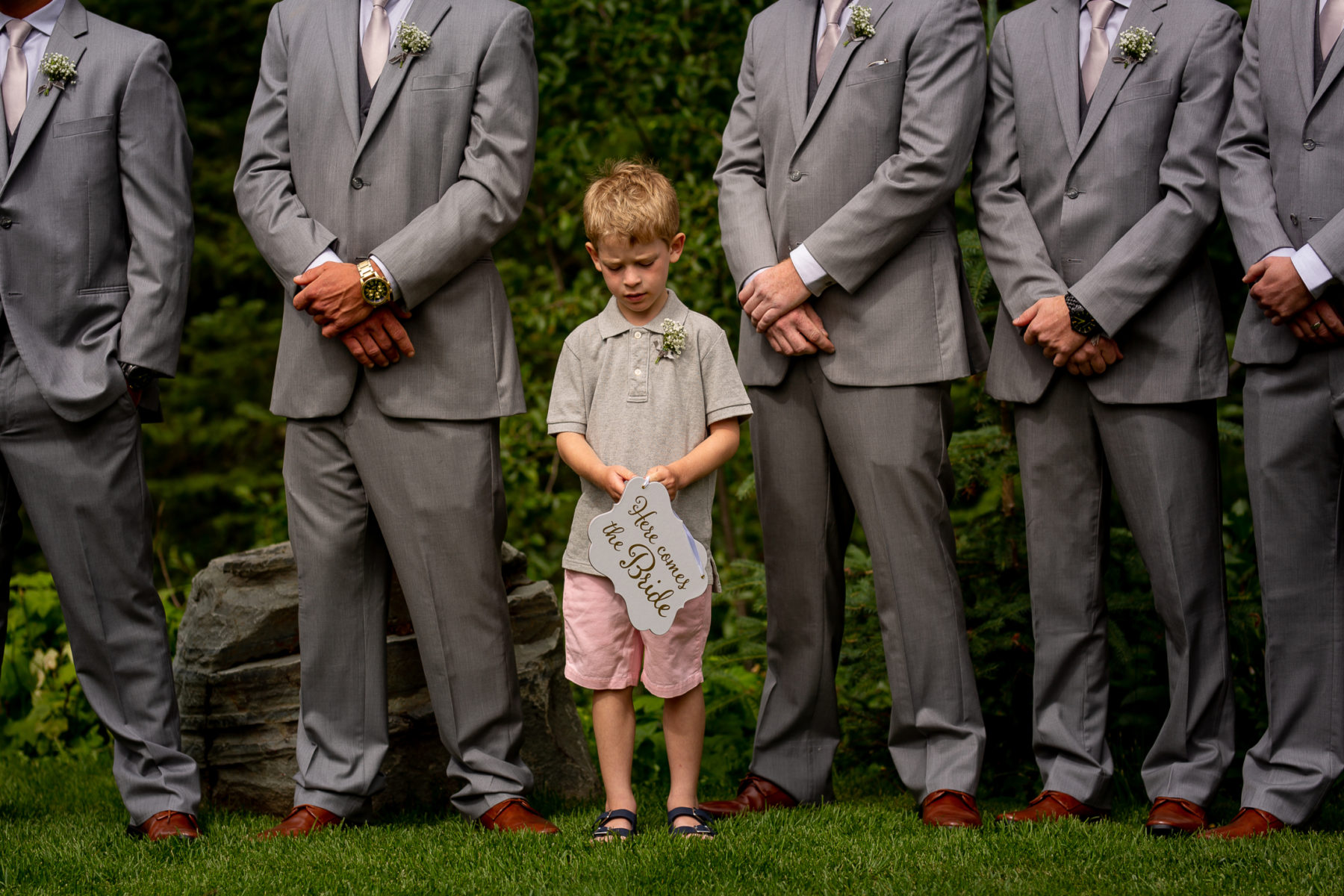 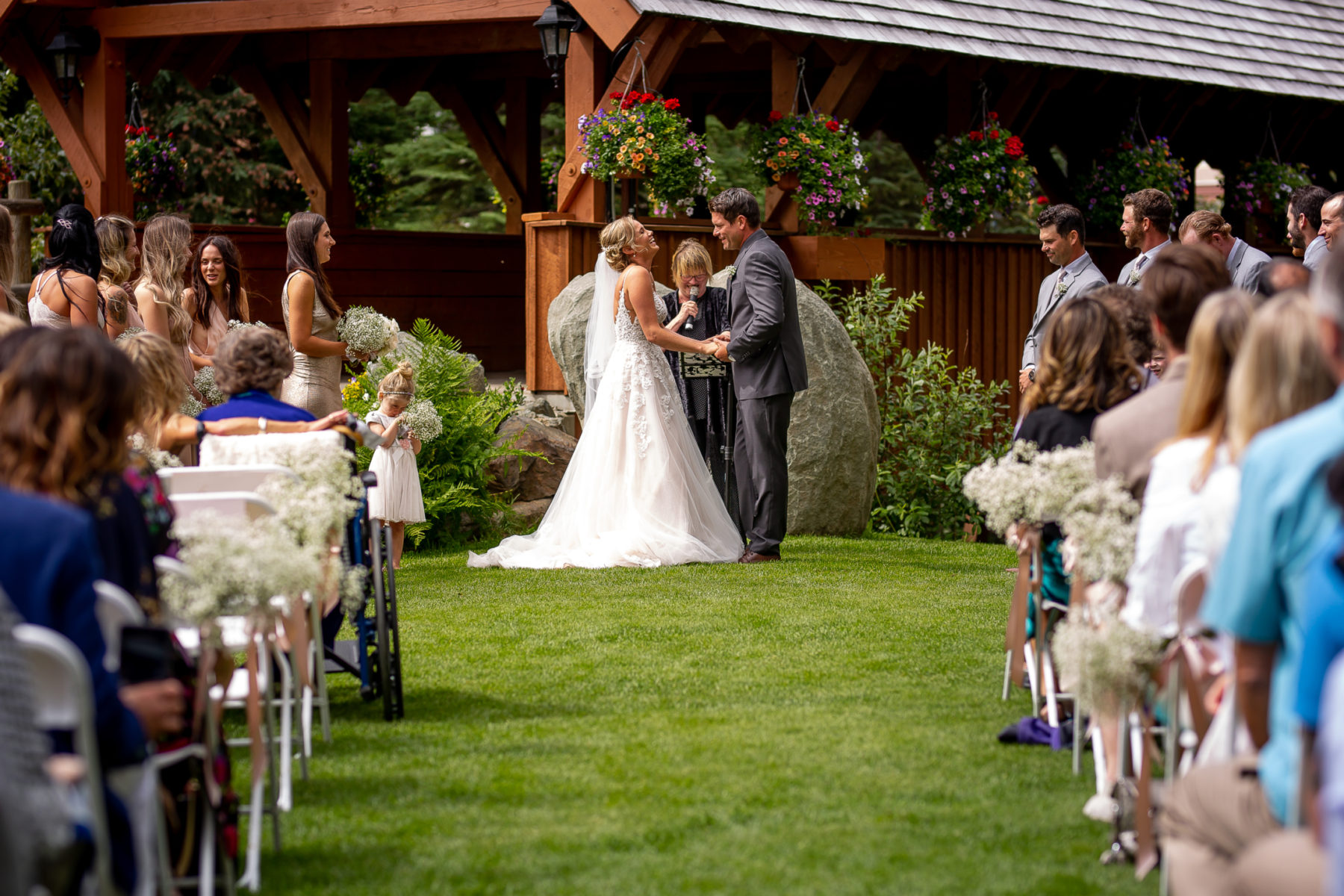 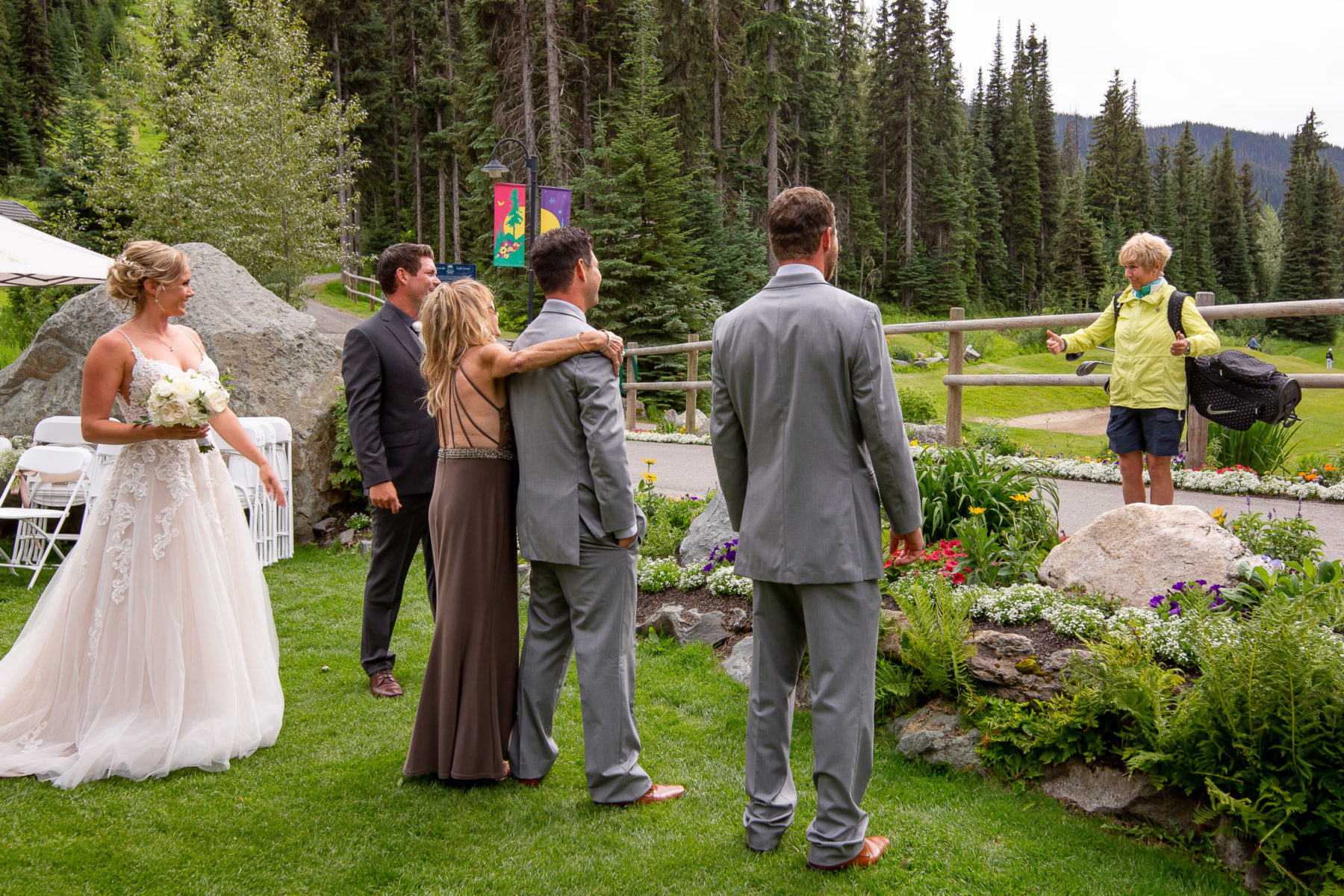 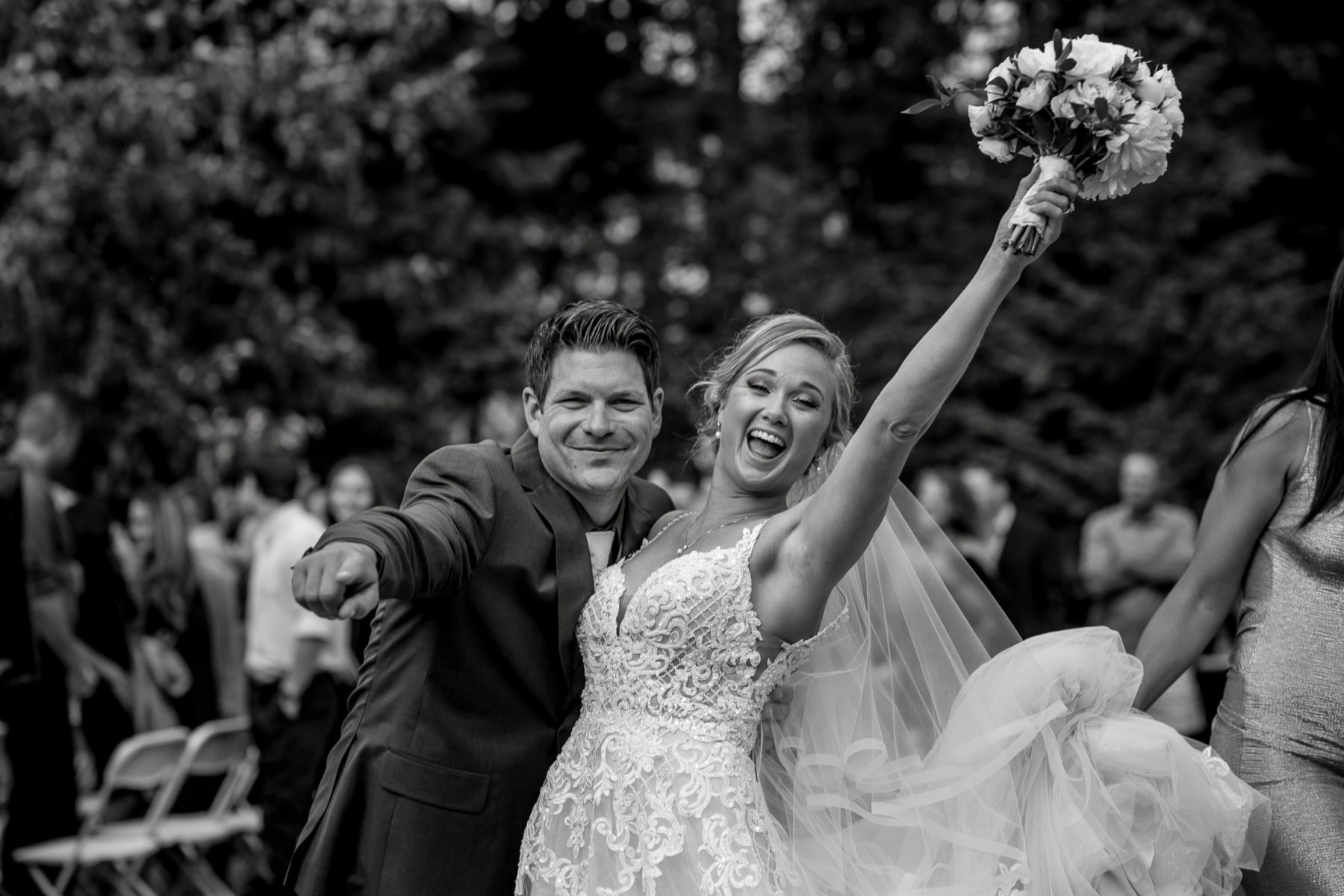 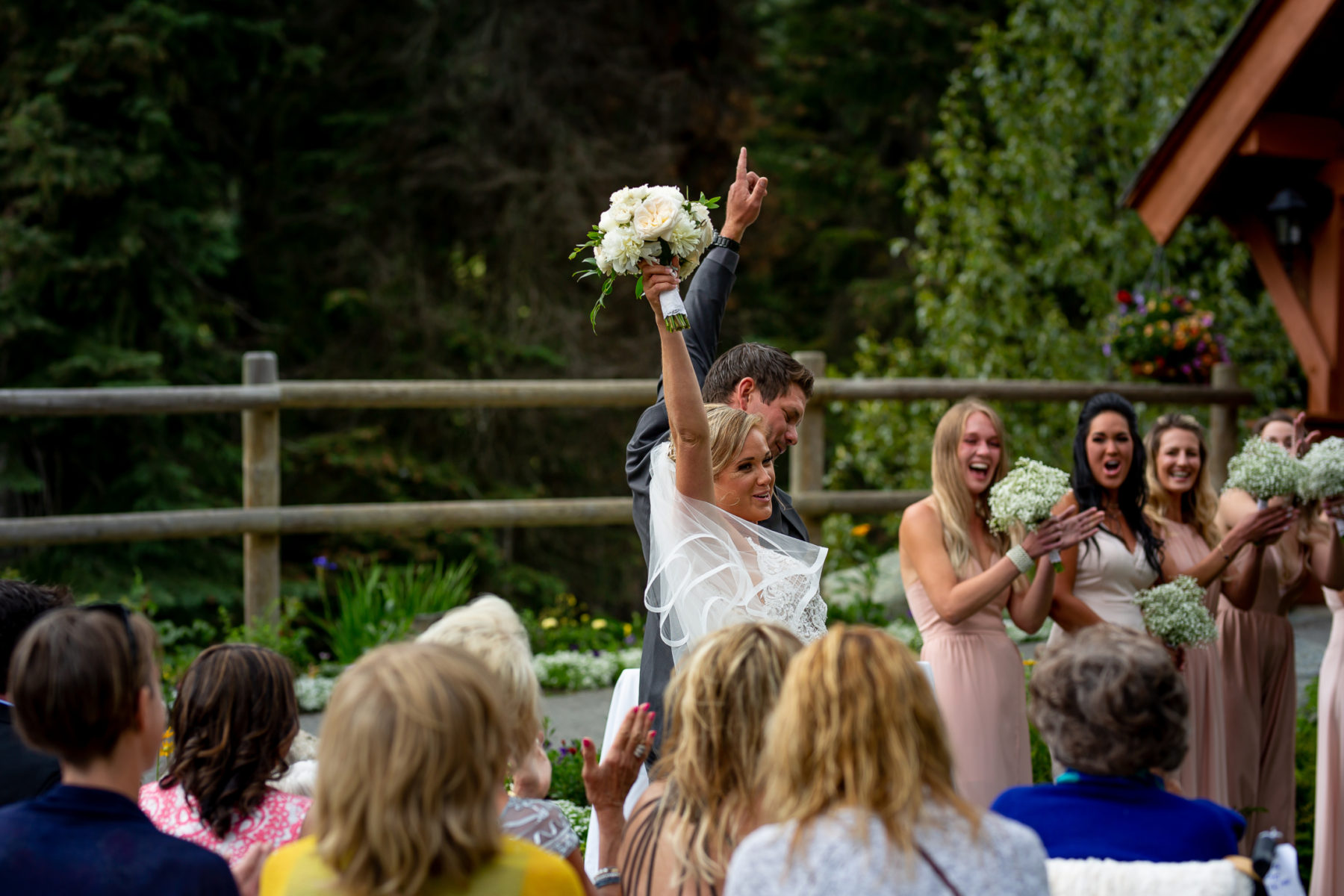 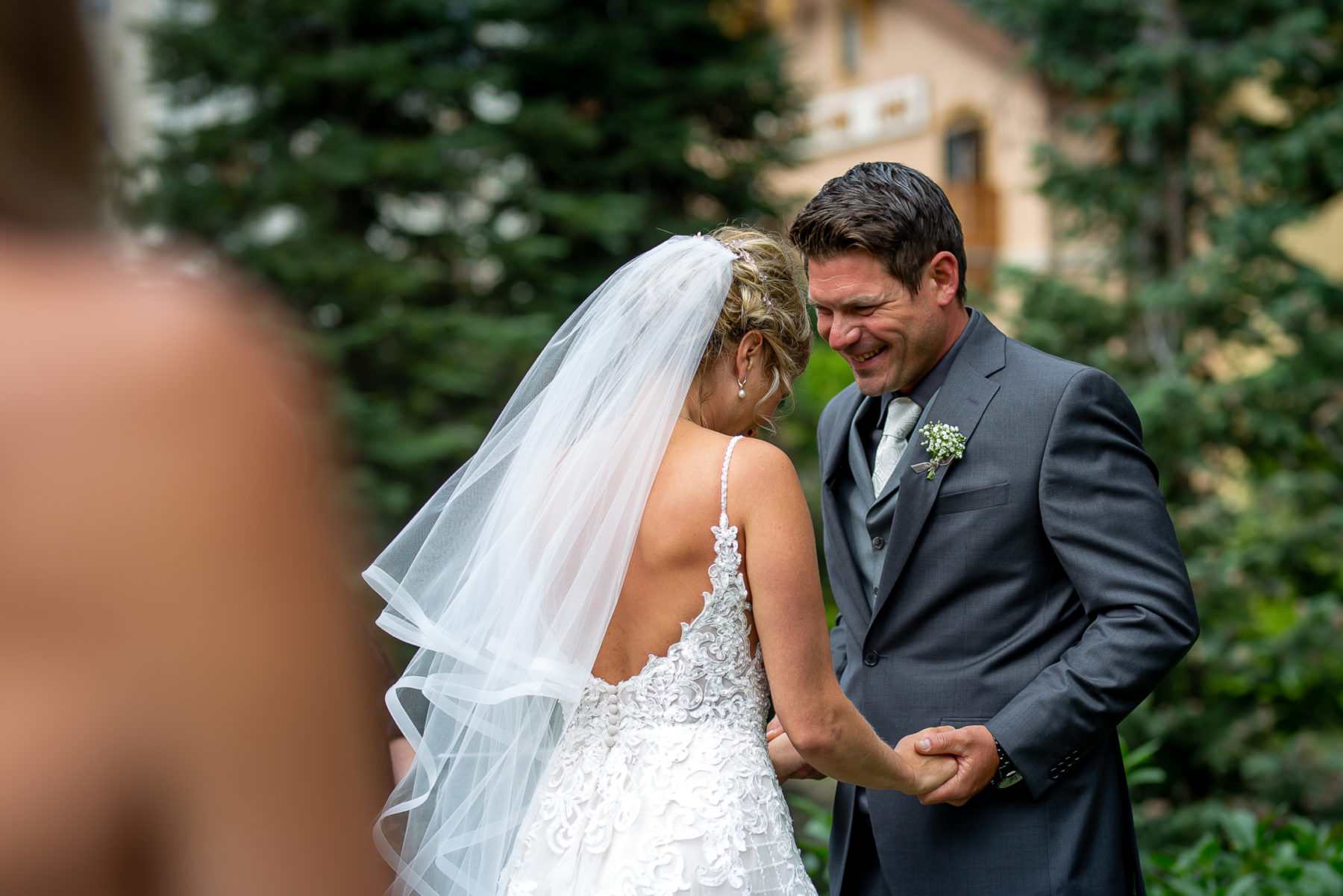 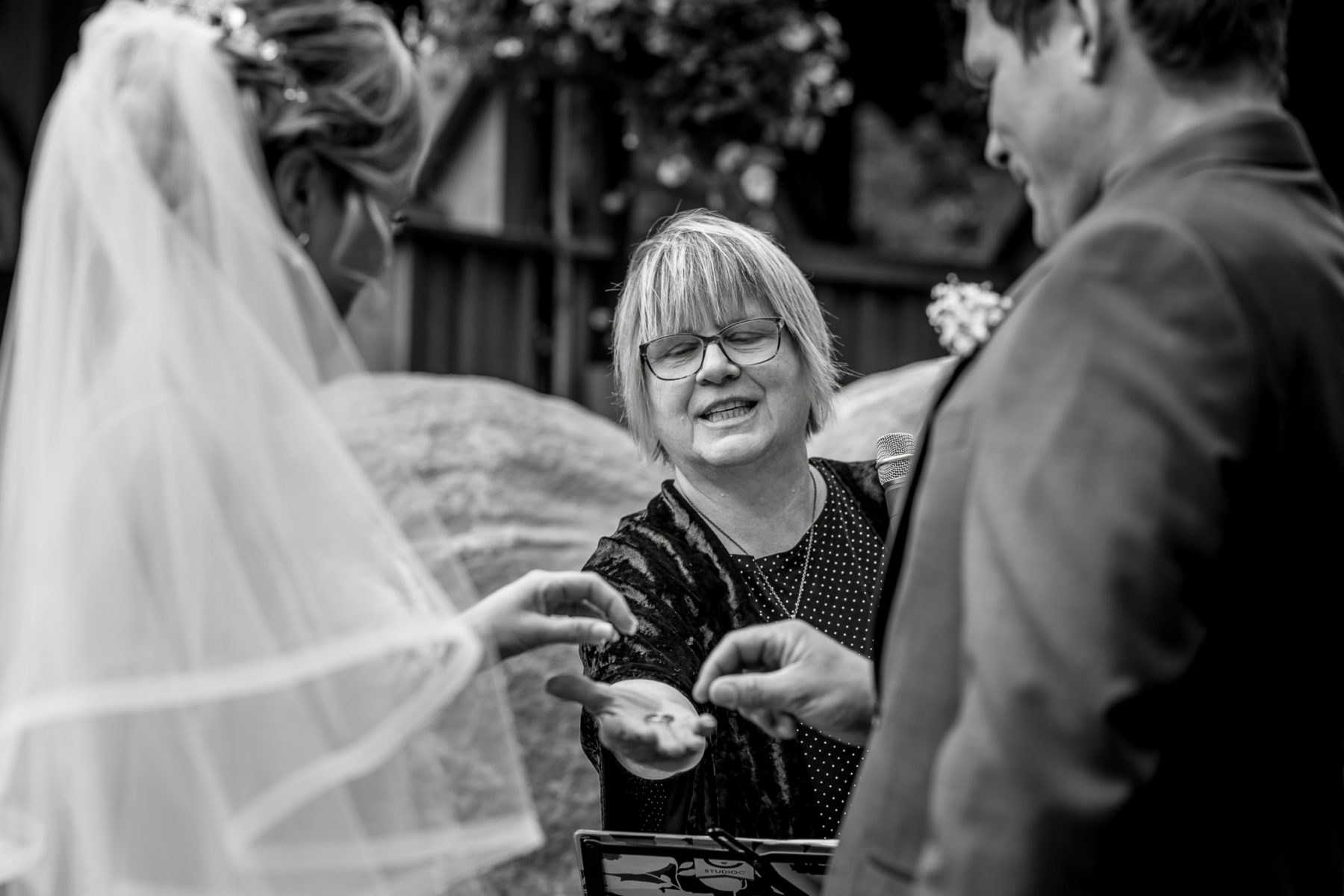